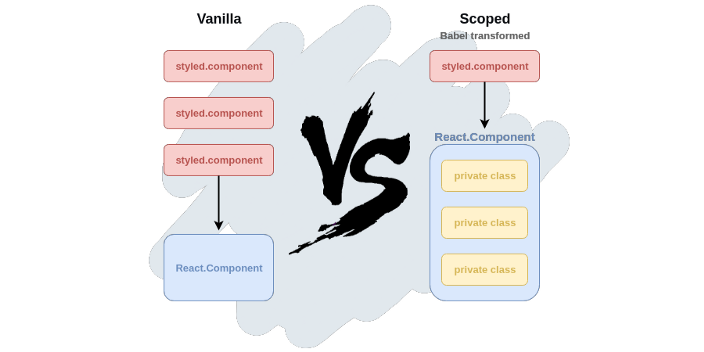 TL;DR: Use Private Class Names Instead of a Dedicated Component. Experimental

I like the approach of Styled-Components, mostly because it's compatible with React which seems to be the leading UI library in the echo system as for now, but also because of how nicely it sits in the virtual DOM tree.

For those who aren't familiar with Styled-Components, here's a quick example of how you would apply style on a React.Component:

However, as good as it is, there are some major drawbacks for creating a dedicated component for each styled element:

When I was writing the WhatsApp-Clone (opens in a new tab) I used a different approach to overcome the problems mentioned above. Instead of creating a dedicated component for each styled element, I used a container that has all the CSS rules with private classes. By private classes I mean, classes which start with an underscore (e.g. _my-class). This way I'm less likely to collide globally defined CSS rules:

As much as I love this approach, it doesn't achieve full encapsulation. A nested child component which has a similar class selector as its parent will result in a merged style, which is not necessarily what we want. Each component should leave independently of its ancestors, which is what Styled-Components are all about.

Indeed, this problem is solvable with a transpiler. Not only we can achieve full encapsulation this way, but it's also highly efficient due to its independence from a runtime library.

So by loading a single plug-in, the recent code snippet I just showed you would be transformed into the following code:

I also thought of creating a runtime wrapper around Styled-Components where I basically iterate through props.children and edit their class names, but there are some advantages for using an AOT compiler over a runtime solution:

The source code is available on GitHub (opens in a new tab), or it can be downloaded via NPM (or Yarn):

Once you install it, be sure to load it in your .babelrc:

I'm aware that there are certain limitations to that approach as for now, but I would like to see more interest and contribution before I continue any further with the development. Please share your thoughts everyone, let me know what do you think by commenting below or by opening an issue on GitHub (opens in a new tab).

All the new features GraphQL Codegen adds to your type-system with the new Apollo Client 3. 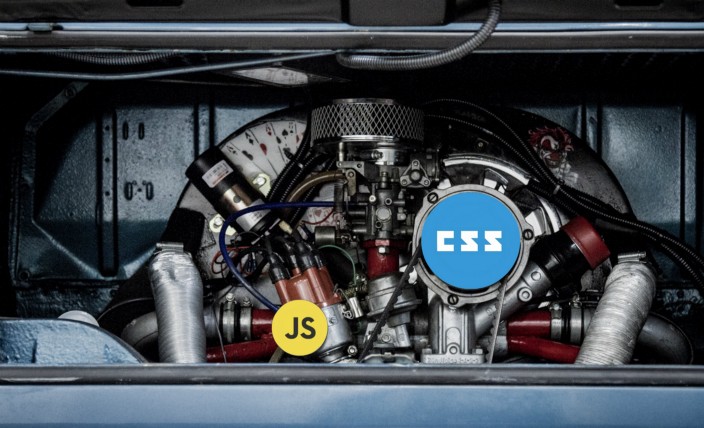 I wrote a customizable CSS engine in JavaScript. Custom selectors, custom rules and custom events. You determine its behavior.

Use and generate React Hooks with Apollo and Typescript with the new version of GraphQL Code Generator.