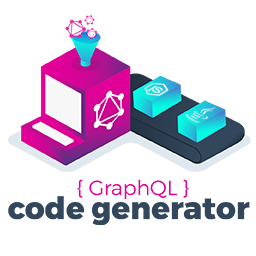 In this article we'll try to explain and demonstrate common patterns for frontend development with GraphQL and GraphQL Code Generator.

Most patterns are general and can be applied to most popular frontend frameworks (React, Angular, Vue, Stencil), and to popular GraphQL client libraries (Apollo / Urql), due to extended support of GraphQL Code Generator and it's flexibility.

In this article, we'll cover the development workflow of frontend applications with TypeScript and GraphQL Code Generator, suggest best-practices for GraphQL development for frontend developers, and try to explain the idea behind it.

Why do I need GraphQL Code Generator in my project?

Let's start by understanding the need for GraphQL Code Generator in your project.

If you are using TypeScript for frontend development, you probably aim to get the most out of the TypeScript type-system, that means, that your preference should be to have typed variables all across your application.

It starts with the code you write - UI components, services and business logic. You can also have type safety for your third-party libraries (some built-in, and some with @types/... packages).

The idea behind type-safety is to make sure that your code can be statically analyzed and built, before running it. It's useful because this way your can detect potential bugs before they happen in runtime.

But what about the data your fetch from external services?

So if you are already using GraphQL, you probably know that your GraphQL API is typed, and built as a GraphQL schema.

And it doesn't matter which language or platform is used to write your GraphQL API or schema - you fetch it the same way into your frontend application - with GraphQL operations (query / mutation / subscriptions, and fragment) and probably over HTTP.

So if your GraphQL schema is typed already, and your GraphQL operations allow you to choose specific fields from it (called Selection Set), why not leverage the schema and selection set and turn it into TypeScript types?

Let's assume that we have the following simple GraphQL schema:

And the client-side application consumes it with the following query:

If you client-side application only needs id, title and date from the Event type - you can expect to have those fields in your GraphQL response.

You can also use it in your component code:

In the example above we have a few issues that might be bugs in the future:

With GraphQL Code Generator, you can have a full type safety, based on your GraphQL schema and your GraphQL operations, and that means:

But that's not all - you can generate much more - you can get React Hooks, Angular Services and more.

How do I start?

Now that you understand why and how GraphQL Code Generator can help you, it's time to learn new concepts that might simplify the way your consume GraphQL API, and improve your code quality.

GraphQL Code Generator also comes with a built in watch mode. You can use it from the CLI:

Or, set it in your codegen.yml file:

This way, each time you have changes for your GraphQL schema or GraphQL operations, GraphQL Code Generator will be executed again and update the generated files.

GraphQL Code Generator can generate more than just TypeScript types. It can automate some of your GraphQL development workflow, generate common practices for data fetching, and add type-safety to code you usually need to write manually.

Beside TypeScript types, here's a list and examples of part of GraphQL Codegen capabilities:

It's highly important to name your GraphQL operations, because otherwise it will be difficult for your GraphQL client to cache and manage it. It will also make it difficult for the codegen to create easy-to-use types, and it will fallback to Unnamed_Operation_.

Ensure you have unique names for your operations.

Libraries like Apollo Client will have issues and unexpected behavior if you re-use the same operation name, and GraphQL Code Generator will throw an error in case of name duplications.

Write your operations and fragments in .graphql files

You can manage your GraphQL operations in .graphql files, without worrying about loading it into your application with Webpack loaders or anything else. Also, Most IDEs has better support for autocomplete inside .graphql files.

GraphQL Code Generator plugins for frontend frameworks integrations (such as typescript-react-apollo / typescript-apollo-angular) are automatically creates an executable copy (DocumentNode) of your GraphQL operations in the generated code file, and it will automatically include it withing your wrapper call.

It will add that to the output file with Document suffix, and FragmentDoc for fragments.

So you can maintain your operations in .graphql files, but import it from the generate code file:

No need to handle imports

If you have a query that uses a fragment, you can just use the fragment spread as-is, without the need to import it or maintain it in the same file.

And if you'll import UserQueryDocument from your generated file, it will have the fragment concatenated automatically.

If you wish to have a simple way to manage your application complexity with multiple queries and fragments, consider to have small fragments that defines the needs of your components.

Consider the following structure for example (for a list and item implementation):

Then, your GraphQL query files can just build it's self based on the nested fragments it needs:

And then, GraphQL Code Generator will generate a matching TypeScript type per each component, based on the fragment or query that it needs.

So you can use the generated fragment type as the input for your components, and pass it directly from the parent component easily, with type-safety:

Please have some judgment before creating fragments, it should represent data structure that is specific per component. Don't abuse this mechanism by creating fragments with a single field. Try to group it in a way that matches your components needs.

If you are already familiar with plugins such as @graphql-codegen/typescript-operations output structure, you probably already know that it's built on operations and fragments.

It means that each GraphQL query and each GraphQL fragment that you have, will be converted into a single TypeScript type.

That means, that accessing nested fields in your generated TypeScript types might looks a bit complex at the beginning.

The @graphql-codegen/typescript-operations plugin output for that query will be:

Accessing the actual TypeScript type of user.profile.name.first might look a bit intimidating, but there are several things you can do to simplify the access to it:

Hate Pick in your generated files?

If you wish to have simpler TypeScript output, you can set preResolveTypes: true in your configuration, and it will prefer to use the primitive TypeScript type when possible.