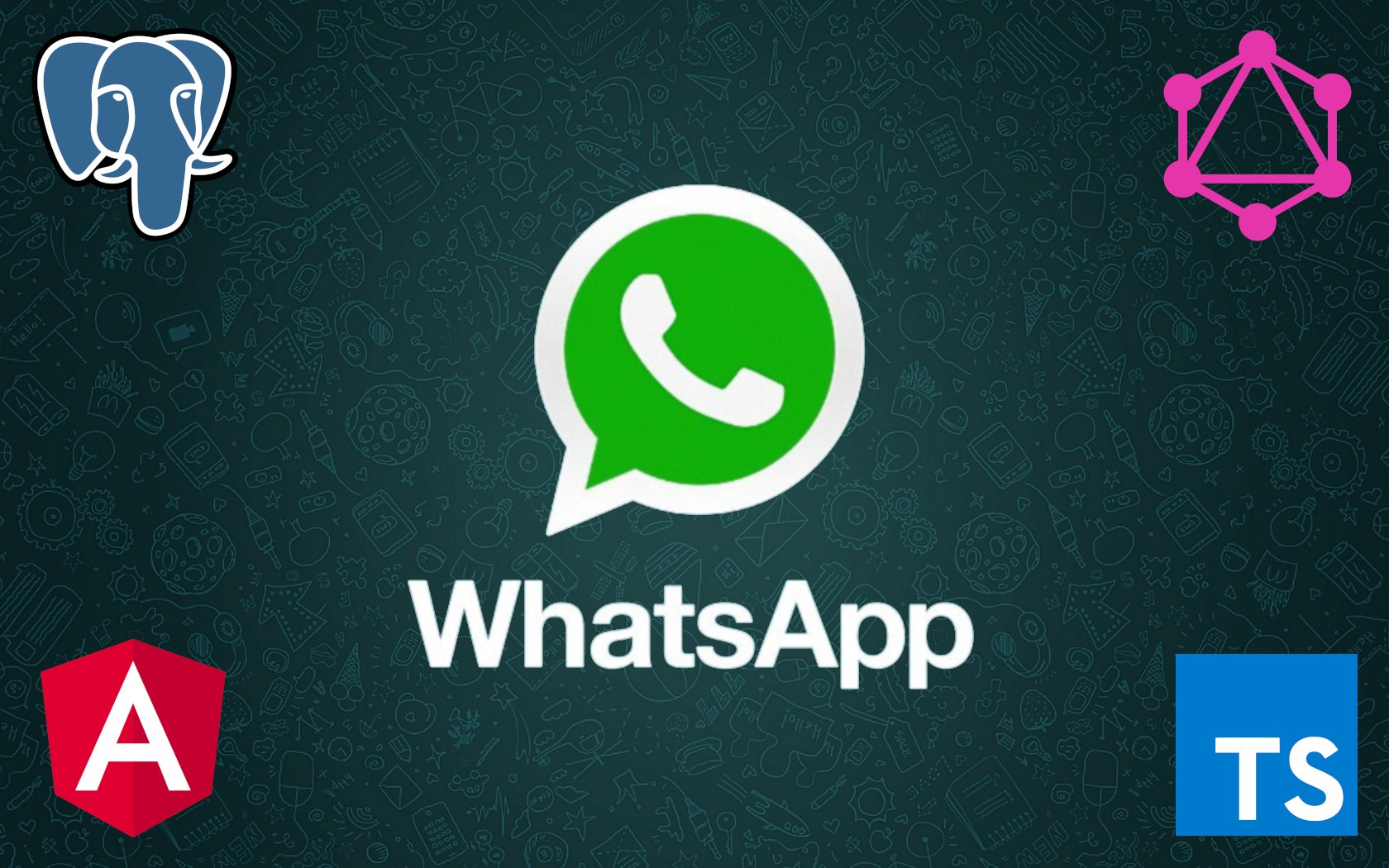 You might have seen it around already — an open-source WhatsApp Clone tutorial; a project which was originally started in 2015 by Urigo based on Angular-Meteor and Ionic, and have been throughout different incarnations ever since.

You may have also noticed that we recently published a new React version of the Whatsapp Clone tutorial.

This time around, I’m happy to announce that a new version of the WhatsApp Clone is here, and it’s based on Angular 7.2, Angular CLI 7.3.2, Material-UI, TypeScript, Apollo, GraphQL-Subscriptions, GraphQL Code Generator, GraphQL Modules, PostgreSQL and TypeORM, full with step by step guides to teach you every step of the way.

What is it good for?

This app was built with all the latest and hottest technologies out there. The purpose is simple — it should be a guideline for building a proper app, thus we thought very carefully about the design patterns and architecture used in it, plus, we made sure to cover all communication methods with a GraphQL-back-end in different variations (query, mutation, subscription). This way whenever you’re looking to start a new app, maintain an existing one or upgrade your dev-stack, the WhatsApp-clone can be a great source to start with! It’s full stack and has a complete flow.

Why did we choose this dev-stack?

Angular, GraphQL, Apollo, PostgreSQL and TypeScript for obvious reasons — they are backed by a strong ecosystem that grows rapidly. These technologies can be used in endless variations, and there’s no one way which is the most right of doing so, but we chose a way that makes the most sense for us and that we truly believe in when it comes to building apps. We’ve connected it all with TypeORM, GraphQL-Code-Generator, GraphQL-Modules for the following reasons:

The tutorial goes through every aspect of building the app, starting from the very basics. We will start building a very simple server with a fake db, then we will introduce Authentication, Subscriptions, a real database backed by PostgreSQL and TypeORM plus advanced tooling like GraphQL Code Generator and GraphQL Modules.

This can be extremely useful for those who have little to no background in one of the technologies in our dev-stack.

Right now we implemented a simple REST-based Passport authentication, but we already have PRs for Accounts-JS based authentication which will use the GraphQL endpoint instead of traditional REST ones. An additional chapter about Pagination is also expected, as well as a “Performance” chapter tackling the N+1 problem with GraphQL. Our backend has been designed to handle way more features than the ones currently implemented, so be ready because features like the Whatsapp blue ticks are going to land on our clone very soon.

Keep up to date

This tutorial was written using Tortilla — the Tutorial framework.

This means that we will keep upgrading the tutorial with the latest versions of Angular and the other libraries, and instead of doing the same tutorial all over again, you will get a git-diff of how to upgrade the existing tutorial! We care about your time as a developer.

We want to hear your opinions!

Should we choose another library and technology over another? Could we write the code better/cleaner? Should we add a specific feature to the app? We want to hear it all!

Please tell us now so we could integrate your feedback on the tutorial itself!

We keep evolving the stack and as the tutorial is based on git commits, we can create the same clone with different tech-stacks and compare them on this real app using code diffs.

Soon we will also release yet another version of the Whatsapp Clone, using Ionic, Stencil and Web Components.

If you are good at creating screencast and videos, we would love your help in creating videos for some of the chapters.

Everything is completely free and open source, and we want your help and (not financial) contribution!

Best place would be to open an issue or create a PR on the repositories:

Again, all types of feedback is welcome, write freely!

See you in the tutorial!